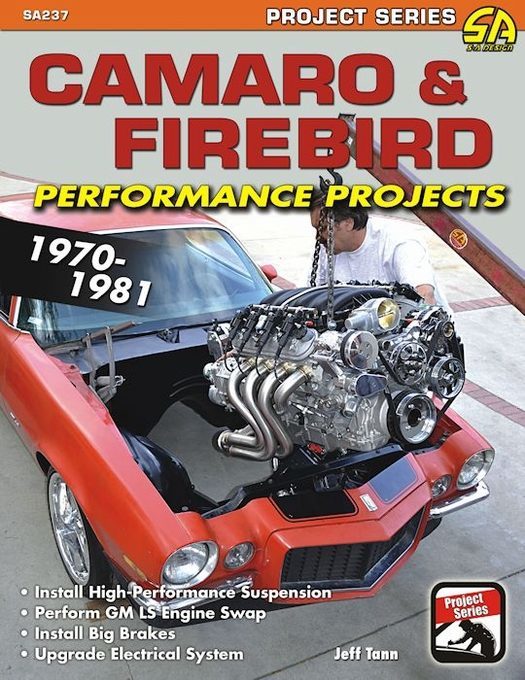 NOTE: This manual is a print on demand (POD) book that may be printed in black & white by the publisher. We keep this POD manual in stock so it will ship same day as ordered if ordered prior to 1:00pm central time during normal business hours.

The detailed instructions and associated diagrams in this guide will help you speed through your performance project in an efficient and cost effective manner. From performance engines to the interior, this guide includes everything you need to know to transform your Camaro or Firebird into a "dream" that will turn heads for years to come. Maybe you have a mint condition Camaro or Firebird that just isn’t fast or beefy enough for you... If so, this guide will show you how to upgrade your ride to an extremely powerful and desirable muscle car.