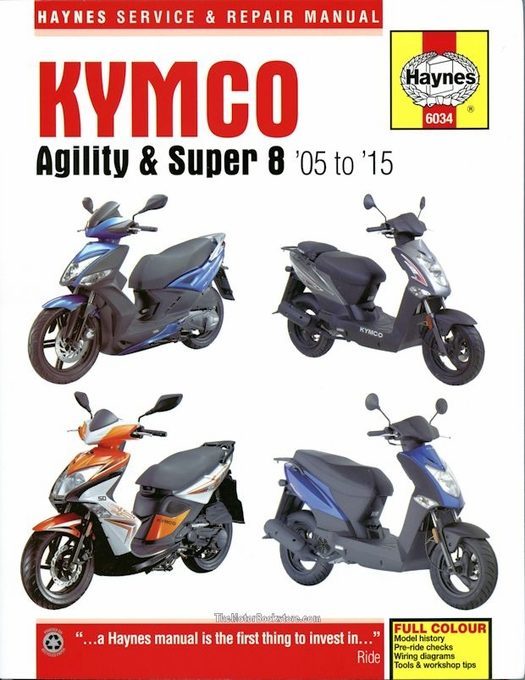 The Kymco Agility & Super 8 Scooters Repair Manual 2005-2015 is a library of step-by-step instructions alongside hundreds of photographs that show you how to perform maintenance and service for these fine scooters. The book is based on a complete teardown and reassembly of each model, ensuring you get the most streamlined process for getting from A to B knowing everything from brakes and wheels to belt drive components are good to go.

Whether you do the work yourself or just want to know how things work, the Kymco Agility and Super 8 Scooter repair manual is going to teach you about two and four stroke engines, gearboxes, fuel, exhaust and ignition systems, frames, suspensions and electrical systems. There’s an extensive reference section and highly detailed wiring diagrams, as well as tips, troubleshooting advice, model histories and spark plug diagnosis.

Formally a division of Honda, Kymco branched out on its own to become a leader in the scooter motor vehicle market. The Agility is easily regarded as one of the most reliable models of its kind, coming in 50cc and 125cc variants. The Super 8 is larger, providing greater stability at higher speeds. Both machines come with the manufacturer’s guarantee of performance. But only if you take care of it. This Kymco Agility and Super 8 Scooter repair manual can help ensure you do that.

Save money. Save time. Get more enjoyment out of your ride by taking care of it yourself. Pick up this Kymco Agility and Super 8 Scooter repair manual and see how easy it can be.

The following Kymco models are covered in this Haynes 6034 manual: