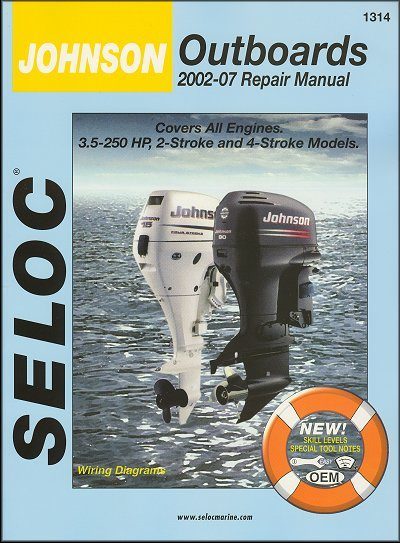 Unlike 4-stroke engines, which contain a reservoir of oil that is recirculated during engine operation, mixing oil with the fuel lubricates 2-stroke engines. Internal engine components of 2-stroke motors are lubricated as the fuel/oil mixture passes through the crankcase and the cylinder.

Generally speaking, there are 2 methods of adding oil to a 2-stroke outboard. The first is to pre-mix oil with the gasoline whenever the fuel tank is filled. The pre-mix method is generally used on smaller (lower horsepower) motors and on most commercial outboards. It is easiest to perform this on portable fuel tanks that can be agitated to ensure proper mixture, but it can be successfully accomplished on larger built-in tanks, as long as care is taken to properly measure the amounts of fuel/oil being added.
SPECIAL TOOLS

Almost every marine engine around today requires at least one special tool to perform a certain task. In most cases, these tools are specially designed to overcome some unique problem or to fit some oddly sized component.

When manufacturers go through the trouble of making a special tool, it is usually necessary to use it to ensure that the job will be done right. A special tool might be designed to make a job easier, or it might be used to keep you from damaging or breaking a part.