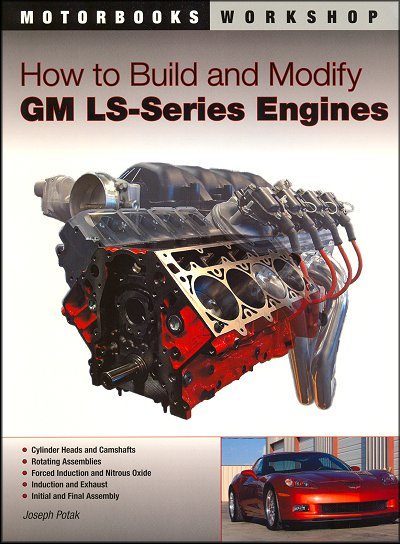 GM's LS1 engine shook the performance world when it was introduced in the 1977 Corvette. It set a new precedent for massive power, light weight, and impressive fuel economy.

The latest version, the LS9, makes some 638 horsepower from just 6.2 liters, far eclipsing even the mightiest big-blocks from the muscle car era. And it does so while meeting modern emissions requirements and delivering respectable fuel economy.

With these credentials, it is no wonder that the LS-series engines are among the most popular engines for high-performance applications.

The engine block is the foundation of any high performance motor. It is the structure that holds everything together, but it has many other functions. Many people choose a block on the displacement sizing itself, but there are a slew of other factors that come into play when choosing the correct block to build upon.

Picking your engine block should be one of the first decisions made when building your desired engine. This isn't 1998. There are now an abundance of choices in the block arena, both from factory sources and the aftermarket.

Factors such as displacement, intended application, weight, and block strength all come into play. The most important reason to make your block decision early on is that it's usually the first thing to be machined.

You can change internal and external components later if you decide you made the wrong choice with the crankshaft, connecting rods, or pistons. Once the block is machined, however, you're pretty much stuck with what it is. It's something you want to get right the first time.

The first Gen-III engines were the 5.7-liter aluminum-block engines known to the automotive crowd as the "LS1." To obtain this displacement, the bore and stroke dimensions are a 3.898-inch bore with a 3.622-inch stroke.

There were a few minor variations made to the block as the LS1 progressed. One change was from the LS1 block to the revised LS6 block. All Corvette Z06s received LS6 block, and certain 2002 F-bodies did as well.

The main differences between them are block material and improved crankcase breathing, which was necessary due to increased engine rpm ranges.
ABOUT the AUTHOR: