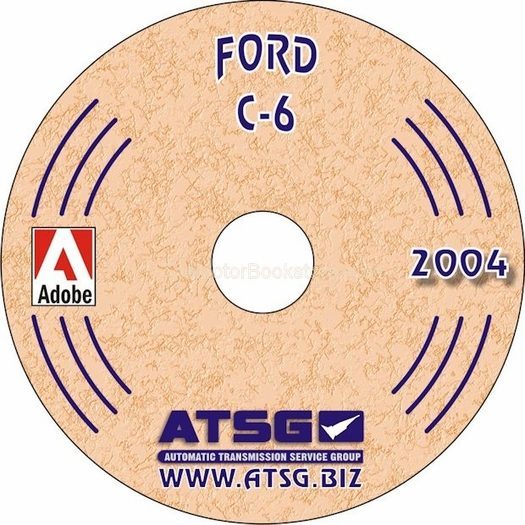 You’re disconnecting the driveshaft from the rear axle flange. If it’s a 4x4, you make sure to remove the transfer case. Now, disconnect the speedometer cable and remove the rear support and insulator assembly-to-extension attaching bolts. The next steps require a jack and drain pans before re-assembly.

For the in-the-know, these are some general procedures made while working on a transmission. But if you had Ford C-6 Transmission Rebuild Repair Manual on MINI CD, you’d also know what type of lubricant you need, the exact specifications for tightening bolts and when to coat the front universal joint spline.

This digital manual is a resource developed for the Ford C-6 transmission. If you’re a mechanic that works on Ford trannys, or a rebuilder with a history with Ford or even a student that wants to keep a manual close by, you can’t do better than manuals like this, which come straight from ATSG.

ATSG has produced a library of invaluable resources for the automotive industry. They have also been gradually moving some of it to a PDF file on MINI CD. In order to provide the highest level of support for the industry, ATSG wants professionals to not just have the knowledge but to take advantage of the latest technology. With this product, you’ll be able to access information about removing reverse-high clutch pistons, control pressure tests and shift speed specifications right on your phone, tablet or computer. Print pages or the entire book as needed, and most importantly - search the manual.