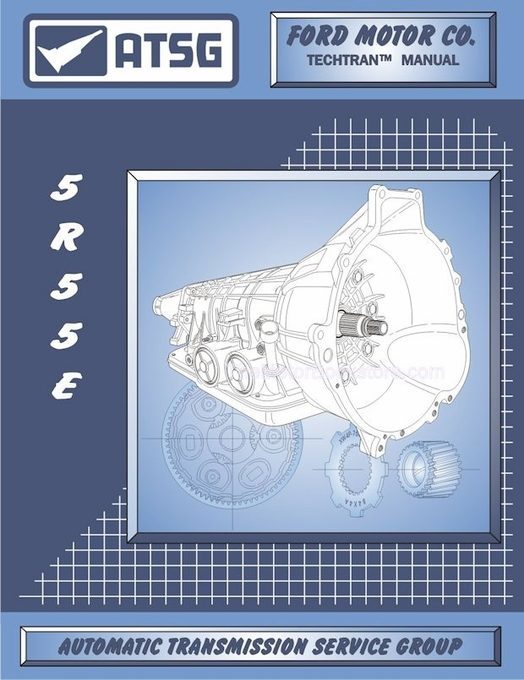 What are the four elements of the Ford 5R55E geartrain?

Your pump surface crescent has a rough casting. What do you do?

This would be the perfect time to reach for your Ford 5R55E Transmission Rebuild Repair Manual. If you don’t have one, this is the perfect time to get it. It’s from ATSG, a leading provider of care manuals for the Ford transmission. Each relatively small book is huge on information. The aforementioned manual is only 120 pages, but has everything you need on checkballs, torque converters, specifications, clutch drums, digital transmission range sensor values and how to make the best of your time working on these elements.

The Ford 5R55E is the first 5 speed automatic placed in a domestic vehicle. It has a design similar to the 4R44E, but utilizes a computer strategy that energizes the overdrive band in first gear. The trick is that while the two trannies appear the same, all parts are not interchangeable. This manual will walk you through safely selecting replacement parts, as well all critical steps needed to maintain this puppy.

We personally don’t think you can do better than an ATSG manual. We love flipping through them and find them to be some of the best resources a professional could turn to.

Oh, by the way, the answers to the above quiz: A Torx 40 wrench. Three bands, three compound planetary gear sets, two one-way clutches and three multi-plate clutches. Nothing.

The Ford 5R55E transmission can be found in at least the following makes and models and there are likely others: