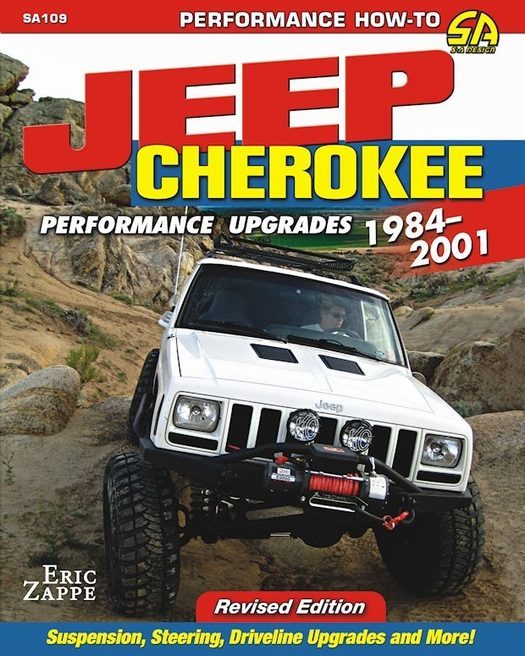 There's no denying the Jeep Cherokee XJ is one bad sumpin'-sumpin'. After all, it's why we buy one in the first place. It's a revered ride that's both alluring and muscular, sturdy and beautiful. There's no better way to explore the outdoors and get the most out of your adventures than while riding in style.

From the first page, right to its Source Guide, whether novice, DIY-er or pro, you're going to get the 411 on the best ways to max out your Jeep Cherokee. In a chapter on drivelines and transfer cases, you'll get the scoop on shims and slip yoke eliminators. For upgrading the suspension system, get detailed content on shocks, boosters, lift kits and long-arms. And there's more: stock front and rear axles, rear disc brake conversions, panel protection, limited slip differentials, lockers and much more. If that isn't enough, each chapter provides a sample profile based on its content: work on a 1983 XJ, Jason West's noted 1995 rework of his vehicle, The Bird-Mobile rebuild, and again, more and more.

Jeep Cherokee Performance Upgrades: 1984-2001 - Revised Edition will quickly pay for itself, and it'll certainly be a lot cheaper than using a shop. Let it walk you through the process, showing you how to make things be better and the best ways to get it there. After which, you can decide whether you have the skill set to tackle a project.

But let's face it, if you're climbing behind the wheel of one of these babies in the first place, you've probably already got adventure at the center of your heart. And getting into that engine is just going to be another new adventure.